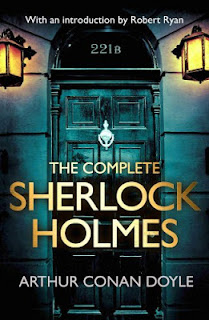 I love reading as much as I love writing. I read more than what I write, but then I think that's how it should be. I've not always read crime and I've not always wrote comedy. My literary tastes are and always will be very eclectic. I remember in my youth, my guilty secret was Thomas Hardy. I read everything he wrote. It was like time travel for me. I've spent my life flitting from one genre to another, Dickens, Neville Shute, Harold Robbins, Denis Wheatley, Agatha Christie, JB Priestley, Stephen King, John Grisham, Tom Sharpe, Ben Elton. In recent years I'm fascinated with crime, yet all my life I have avoided Sherlock Holmes, both in print and on screen. I now have The Complete Sherlock Holmes downloaded on my eBook reader.
My What's On Guide embedded in the theatre part of my brain, is telling me that until further notice, my reading list will be a mixture of ancient and modern, i.e., Sherlock Holmes, contemporary fiction. Often I will review contemporary fiction, and often I have met the author whom I am reading.
I have to be honest, and state that I wasn't excited with the prospect of taking on such a huge chunk of life commitment to read Arthur Conan Doyle's most iconic detective in the world. The concept of Holmes and Watson sharing an apartment, in a very unequal partnership; Holmes ego against Dr Watson's subservient admiration for Holmes didn't sit well with me. 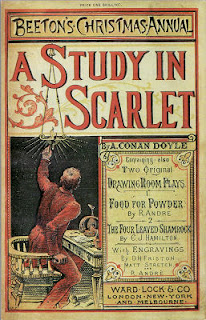 How wrong could I be? Switching from ancient to modern is not going to be easy, as I finish one adventure, it will be hard to wrench myself back into the 21st century.
A Study In Scarlet was Sherlock Holmes introduction into the world. The first couple of chapters set the scene how Dr Watson invalided from the Afghan Wars came to be introduced to Holmes who was looking for a room mate to share the cost of his Baker Street apartment.
The writing is timeless, and the incredible detail does not overburden my poor old brain one bit.
Conan Doyle's mastery of the written word and the intricacy of his crime writing based on logic rather than procedure is simply refreshing in this day and age.
Obviously I won't be reviewing someone who is up there with the gods of literature, but every now and again expect me to say WOW.
Posted by Unknown at 12:20 No comments:

A Diet of Words 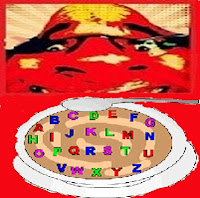 Currently I've got the bug for writing short stories. I've taken a short break from Ephesus, to do this and will pick up where I left off when I fly out to warmer climes. Short stories for me is a bit like snacking between meals. What with that and my reading and my audiobooks, not to mention blogging, I'm shamelessly getting fat on words. I hope it doesn't give me a serious case of verbal diarrhoea or even worse IVS (irritable vowel syndrome).
I've got competition fever again. Nice to have a deadline that's reasonably manageable for someone with a full time job. For me it's an apprentice piece that is going to get judged. The prize may be small but the kudos that comes from winning the prize is invaluable for the CV and getting known by publishers and literary agents. 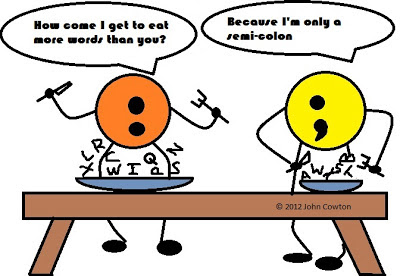 I've got a great premise, and am about half way through the first draft. So I had better get on with it and finish it or I'll have to eat my words, and that wouldn't be good for the colon.

This offer has now expired. However, Henley's Ricotta retails at only £0.79 and Ushabti is £0.77. To purchase, please use the links below.


From tomorrow, Saturday, both Henley's and Ushabti are both available for free download.


I think this will be a good promotion to raise interest before the launch of my third book Ephesus.


I'm going on holiday next month, usually for me, a productive time for writing.


This offer is open for 4 days for Ushabti and 5 days for Henley's Ricotta. (I have no idea why they couldn't be the same, ask Amazon.)


I hope you enjoy either or both books. If you enjoy what you read, please leave me a review. It costs only a minute or two of your time and a sentence or two will do.