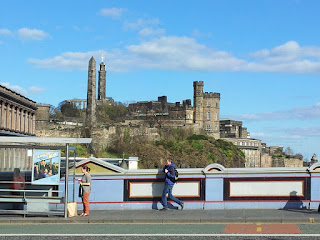 We have just got back from an amazing few days in Edinburgh, a fine city with good people who are proud of their heritage.
I had put together an itinerary of things to do, which ensured we did not have a dull moment whilst we were there.
We booked a 'Ghost Walk' for a bit of fun, and I think we chose well amongst the selection of various 'Walks' on offer in the medieval Old Town of Edinburgh.
Our guide, Jane, had us mesmerised, drawing us in closer to her whilst she spoke in a hushed conspiratorial manner, then blasted us out of her spell with an ear-splitting scream inserted just at the appropriate moment that required dramatic effect.
There was no way the dark alleyways with their gas-lamp style lighting would have enticed me to enter had I been on my own or even with Karen for company. But here we were listening to the most ghastly tales delivered in Jane's Scottish 'Horrible History' style, hoping that we might see 'something.' 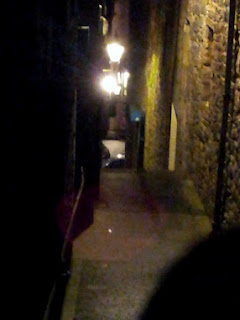 We went to the underground 'Blair Street Vaults' beneath the Royal Mile where some of the vaults were illuminated by candle only. Here we heard the stories of the many ghostly encounters within the vaults we were standing in.  It would have been all too easy for the tour people to have set something fake up sufficient enough to satisfy the fear-craving we had when we first signed up for the walk. But no, nothing like that happened. The whole thing would have been ruined if they had. Nor did any of us have a ghostly encounter. I'm sure nobody in the group thought for one minute that there would be. It was for fun. Jane entertained us with stories based on fact. She even said she has not had a close encounter with any kind herself, but she knew quite a few people who had.
If you are thinking of going to Edinburgh and have not done the ghost walk, I recommend that you do. I don't want to spoil it for anyone by telling some of the stories, but believe me the stories are worth it. http://www.mercattours.com/home.asp
As a writer, I appreciated that Jane's delivery was story telling at its best. To capture an audience in the way she did was something I have great admiration for.
As for the ghosties? I have never had a brush with the paranormal, but have no reason to doubt people who say they have.
Truth is I want to believe.
Posted by Unknown at 20:11 4 comments:

This year I will qualify for free prescriptions and yet I still feel young in mind and on good days, young in body, although I have to invest some time and effort to maintain the status quo as far as my health is concerned.
During my formative years my perception of over 60's has been grey haired pipe smoking men in waistcoats with pocket watches who have survived the first and/or second world war, and their female counterparts who wore aprons and knew how to bake their own bread without a recipe in front of them. They were a generation of story tellers of a bygone age, old soldiers, old colonials, craftsmen of trades that have become almost extinct in this highly technological age. In short people with rich stories to tell. 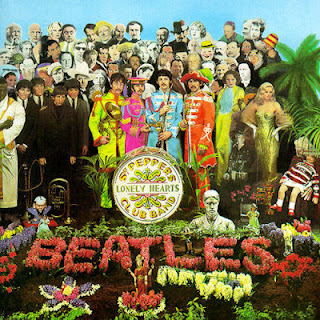 I have not had the same experiences of my forebears. I grew up in the Beatles era, remember England winning the World Cup, the first landing on the moon, the Cuba crisis and massive changes in housing, education, employment, communication, transport, the distribution of wealth and standards of living.
We are indeed an aging population due to better healthcare and nutrition if I'm lucky I may live long enough to witness a generation of millennium babies grow up who will in turn have children that will live well into the next century.
When I think about my teachers many of whom were war veterans such as my headmaster was a Desert Rat, having served in the Eight Army in North Africa. I have no doubt that they were a generation who could have listened to tales from Boer war veterans during their own childhood. 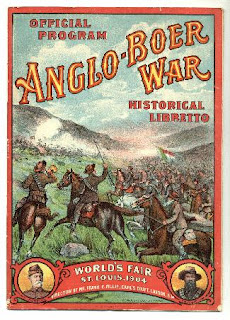 Memories are handed over from one generation to another. The legacies of our ancestor's existence are often lost on young minds. I'm sure I was fascinated by much of what I was told as a child, but memories fade, and are often unreliable. 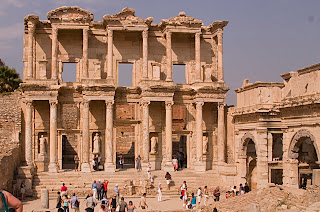 Earlier civilisations such as the Greeks and Romans have kept libraries full of records that have been the foundation of our history as we know it today. The Celsus library in Ephesus, today in ruins, was a prime example, a colossal edifice that was built to house wall to wall scrolls emphasising the glory that was once was Rome. A romantic but very subjective and selective view of how the Roman Senate wanted to be remembered. Much had been written about emperors, heroes and conquerors and only a limited amount of information about their adversaries such as Spartacus, whose rebellion of slaves was grossly underestimated by the Romans and cost them enormous losses to their legions.
Following the Romans, came the so called Dark Ages across Europe. The light of the Romans had gone, and little was recorded apart from the monks of early European Christendom.
It has been a long time since literacy has been the reserved domain of the select few. Each and every one of us is able to keep diaries or indeed blogs and preserve those cherished memories that you wish to be handed down the familial lineage. If yarns of rural Yorkshire on my father's family and tales of the British Raj from my mother's family have faded over the years, at least some of it is left, seeds that can be sown and develop as part of a storyline that people can relate to from what they know from history. Whilst history preserves factual details, a less scholastic and more humanistic account describing peoples hopes, fears, attitudes, values and beliefs that truly transports the reader into the shoes of our ancestors.
Posted by Unknown at 14:04 7 comments: