I've got the idea from one of my followers to pre-set a posting in advance of my holiday. I've done what she did. (Thanks Deborah).

This is because we haven't got internet where we are staying. And what a blessing in disguise that will be.

No distraction on my laptop. Just pure unadulterated wordism, uninterrupted by Twitter, Facebook, BBC iPlayer, iTunes, eBay, Google, Amazon, YouTube, Yahoo, Linkedin, Blogspot and Wordpress and many many more, the list goes on and on.

I remember reading an interview with JK Rowling. She played Minesweeper, and claims to have a wicked personal best score. Distraction in moderation I suppose his healthy.


It's amazing how often during a day we so easily say "I'll look it up on the net" or "I'll Google it." I do Google the strangest things when it comes to small detail in the stories I write. Mostly, my ideas for a story are conceived on holiday. I always make sure I have a guidebook but then will go to the library, or bookshop to add more depth to my new found knowledge.

Ushabti came about from a journey down the Nile. I visited the British Museum and The British Library whilst researching ancient Egyptian artefacts. The story is not weighed down by historical facts, indeed in reading it, there appears to be very little evidence that I have researched.

But I know different, as I believe as a result of my investigative studies, my narrative has more depth and is open to question. If I had not bothered to prepare, I would not have felt so comfortable writing it.

I think I'll uninstall my Solitaire before I go.

I've finished watching Paul Welland's 'Sixty Six', written by Bridget O'Conner and Peter Straughan about a young boy who's bar mitzvah unfortunately clashed with England's celebrated victory over West Germany.
A post-war flag-post that has been handed down a further two generations so today's youngster can revel in that glory if they so wish. Now that's what I call resonance.

It wouldn't be too difficult to pitch a story around a flag-post like the '66 World Cup. In this case it happened to be a Jewish story.
Despite my gentile heredity, I was easily absorbed into the culture of the boy Bernie Ruben's extended family and his dysfunctional father Manny.
However, the film represented my own culture if you count the shared attitudes, values and beliefs that was common amongst the British people during that era. I was 13 in 1966, same as the boy in the film. 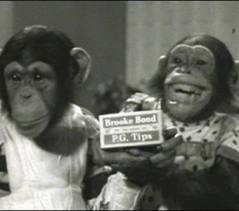 Seeing a Fine Fare supermarket open as part of the plot reminded me of the first supermarket to open in Birmingham at the newly built Bull Ring Centre. I was there with my mum for the opening. It was a Fine Fare which was officially opened by the   Brook Bond PG Tips chimps.They were pushed around in a supermarket trolley, the first I've ever seen.

I saw a small  refrigerated display unit, something that I had never seen in our corner shop where you bought loose tea and your butter was cut, patted and weighed.

It was a dedicated to Ski Yoghurt in Four Fruit Flavours. Imagine my sense of wonder, standing in this alien self-service environment of shiny floors and futuristic refrigerators without a door. We didn't even have a fridge at home. I stood there salivating at the  Four Fruit Flavours. Well what do you expect, I was a child looking at something that was sweet and fruity and I imagined it was probably better than any dessert you could possibly have (a real-life Willy Wonka). I asked my mother "mum we take some home?' My mother looked at me in disbelief that I had contemplated such thing, leave alone ask for it. "no son, you can't. You know your father won't have foreign food in the house."
I had to wait a couple of years more before I got to sample the delights of Scandinavia.

I have digressed away from the film. It wasn't a strong storyline. The boy's hopes of a lavish bar mitzvah were dashed as the World Cup and further mishaps ensured that this was never going to happen.
A complex premise its not, but brilliantly written, directed and played. Guaranteed to tug at the heartstrings of people of a certain age.

For something different I have posted a sample of some work I did when I was dabbling with the idea of writing a novel With a Song In My Heart. If I continue with this I would want to aim to develop it in a  very dark comedic style.

I apologise in advance for my character Sophie's flowery language. She has a foul mouth that girl.

All comments welcome :-)
Posted by Unknown at 10:04 No comments: