Is Laughter Good for the Soul?

Is comedy a genre? One would suppose that the immediate answer would be of course it is. How else could one describe Laurel and Hardy, Steptoe and Son or even Punch and Judy?

Is laughter the response that I as a comedy writer am looking for? Laughter is an automatic response inherent within us all. As babies we laugh to positively interact in the same way as we cry to express need, long before we have pragmatic use of language.
An automatic response to what?  To answer that question there is a need to explore the many historical, cultural boundaries that makes us what we are today. 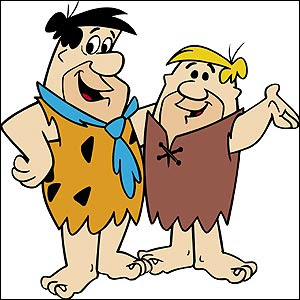 I'm sure that laughter may well have been around before my earliest ancestor walked  upright on two legs during times when we were stuck in the middle of the food chain and not on top. Was laughter an expression of the joy that the person my ancestor had just witnessed being eaten by a sabre-tooth tiger was not him? Apart from The Flintstones there is very little evidence to support this theory. 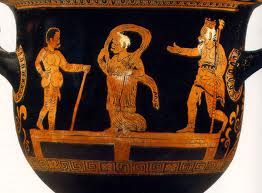 The ancient Greeks developed public performance of comedy which could be lewd and bawdy or a rudimentary use of irony in the Satyr Plays. I have no doubt that the mass slaughter in the theatres of death called Coliseums had the ancient Romans splitting their sides, in this early form of reality TV.
From those earliest times through Shakespearian times to today a happy ending is a defining characteristic of comedy. Happy ending for the character(s)  that the writer has made us care about.
My own recent experience of pitching to an agent who was dismissive of comedy fiction as a book genre, made me re-examine who I am and what I write.
I have never wanted to write sit-com, rom-com or parody. I think my comedy can be farcical, sometimes a little dark, without crossing or challenging the sensitivities of social convention.

I strive to create stories with good dramatic elements and strong believable characterisation based on people I have known (observational comedy).
If I can make people laugh, that's good, but if I can leave them smiling with perhaps a little more wetness around the eyes would be even better.
I will not be pitching myself as a comedy writer again. I will let the publisher/agent decide.