Take Me to the Talkies

I suppose I got the idea from Stephen King's part autobiographical part teach yourself book 'On Writing – A Memoir of the Craft.'  He said, "I usually listen to one in the car (always unabridged; I think abridged audiobooks are the pits)...
The point he was making was, you have to read if you're going to write, and never one to miss a reading opportunity, if you have to drive then you may as well listen to a book. It was good advice I mused as I parked my car. Yes I have the audio version of 'On Writing,' unabridged of course. 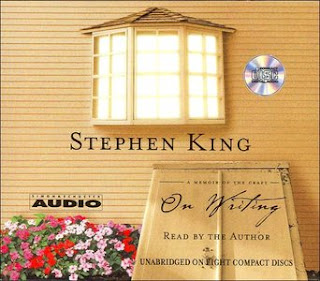 What better way to appreciate an autobiography than to hear it straight from the horse's mouth. The passion is authentic and not second hand.
I've been subscribing to a well known audio book distributor which is a subsidiary of an even more well known book distributor. The deal is I pay just under £8.00 a month and on the 23rd day of the month, I get to choose anything in their vast catalogue, even if it retails at £30.00. I love the 23rd of the month.
The difficulty I have is in choosing, so much choice. I put together a shortlist and then audition the reader, to narrow it down further. It may well be a good book, but if the reader doesn't gel with you, then you may as well use that inner voice in your head to read the printed version.
I remember our head of English literature at school, (if you're reading this sis, I'm sure you'll agree), Mrs Williams. She was a stern blue-rinsed disciplinarian who spoke with a well enunciated cultured English accent, but as she was of welsh descent, the lilt added a richness to her voice. It paid off for Anthony Hopkins and Richard Burton and it paid off for us, the pupils of Mrs Williams head of Eng. Lit. When she read to us she had us enthralled. No longer the dragon most of us feared, she became someone else.
I'm sure she conditioned me at an early age to buy audio books, in a quest to find another Mrs Williams who will read to me.
Like Stephen King, I only listen to audio books in the car. Occasionally in the bath, and oh yes... this is really strange... in the gym to blot out the mandatory MTV which is on a screen in front of you whichever way you look.
Other times I read text from both e-books and tree-books. In the midst of the e-book revolution, I think there is a massive growth market in audio books now that with Mp3's can be downloaded just about anywhere and most people have a smartphone or an iPod.
Logically, I suppose I ought to have this blog recorded as an audio blog, but sadly Mrs Williams is unavailable to read it to you. 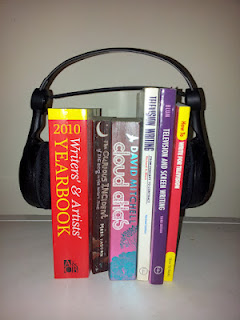 The writer and journalist Christopher Booker published a book called The Seven Basic Plots. The hypothesis is that all stories have already been told. The seven plots are:
1.       Tragedy – hero to zero usually ending with a death

4.       Voyage and return – a story of leaving and returning home, as in Alice in Wonderland and Coleridge's The Rime of the Ancient Mariner.

6.       Rags to Riches – zero to hero made popular by writers from Dickens to Archer

7.       Rebirth – The central character finds a new reason for living as in It's a Wonderful Life and Crime and Punishment. 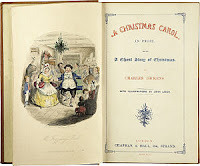 Even these seven premises can be grouped into just two genres of writing: Comedy and Tragedy as William Shakespeare will bear testimony to.

I have given this some thought and to my mind, I cannot argue that there are anymore plots. I have applied Booker's theory to my own writing. But the way I see it is Booker's plots are merely empty cooking vessels, the ingredients, flavour, temperature, texture, depth breadth and aftertaste is down to the writer.

And what about the writer? Fast food or Michelin Star? There is a market for either and anything in between and so there should be. One man's meat is another man's poison, is very true, but there success will have come about from the originality of their recipe not from one of the seven plots.

To achieve originality requires a great deal of thinking outside the box.
Did anyone see 'Heroes of Comedy Spike Milligan' on Channel 4? Milligan brought surrealism to comedy. Had there been no Milligan, there would no doubt have been no Monty Python, Rowan Atkinson, Stephen Fry. Imagine a world where comedy no longer offered satire, parody, clever word play, farce, irony and a dark side. I for one would have abandoned comedy with the onset of puberty. It was around that time I would listen to 'I'm Sorry I'll Read That Again' with John Cleese, Tim Brook-Taylor, Bill Oddie and Graeme Garden.

Milligan turned comedy into an art form. For me it's the hardest genre of writing, thinking beyond the outer limits of the box. It sent Spike mad because he could not switch off his quest for the lighter side of life.

Putting your protagonist in a situation way outside his comfort zone has to be one of the first principles of comedy, as I have done with Henley, Fairfax, Neville (in Ushabti) and Norman (Midnight at the Alhambra).

If I was a BBC Commissioner I'd call up Dawn French to be the next Dr Who, wouldn't that make a great show even greater.

To the agent who said there is no market for comedy fiction books, I'm going to send you a signed copy when I do get published. You know who you are.

One year later Another Grand Day Out

If it's April Fools Day, you just have to get yourself down to your nearest Comedy Workshop. I'm sorry but it has to be done. 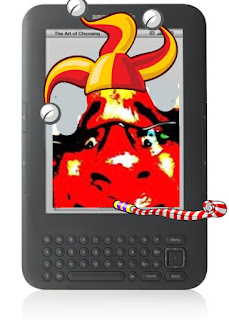 It is exactly a year since my last visit to Jan Etherington's Comedy Writing Course - Spring Workshop (click on the link for details)
Twelve miles west of Central London in the beautiful leafy suburb of Sunbury-on-Thames, home to the Riverside Arts Centre.
Just like last year it was a beautiful spring day and the daffodils were out on the river bank. 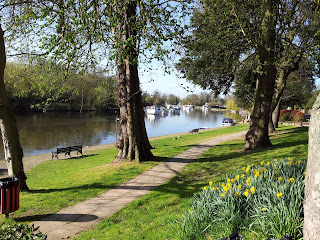 This year there were just five of us, which was intentional. In that way the focus was very much on the work we are currently writing. I was a bit nervous about standing at the front and reading scripts out loud. To get stage fright in a small studio with just a handful of people was not something I wanted to tell my grand-children about, so after the first reading I decided to man-up and volunteered myself for the second one.
Anyway I was in good  company so there was nothing to worry about.
Jan is the best mentor an aspiring writer could wish for and she also makes good sandwiches and lots of them.
This year I took Henley's Ricotta, which is under re-development with the introduction of more characters and storyline.
We were kept busy throughout the day, which went too quickly. Jan doesn't beat about the bush when it comes to criticism, after all that's why we were there, Compliments are best kept in the family, but for those writers who really wish to develop, Jan and people like her who have years of valuable experience to share have all of the right answers that will help motivate, inspire and polish skills. Thanks Jan :-)
Posted by Unknown at 01:02 2 comments: